The Evolution of KYC

Convenience vs. Security: The Perennial Tug-of-War in KYC

We have come a long way in the evolution of KYC. For the longest time, traditional rules-based KYC and AML efforts were slow, manual, and mired in bureaucracy. Even now, many financial institutions find themselves trapped in a dilemma: the perennial tug-of-war between user convenience and security. Business and security leaders in the digital identity space continue to look for some kind of middle ground while hoping the trade offs are worth it. 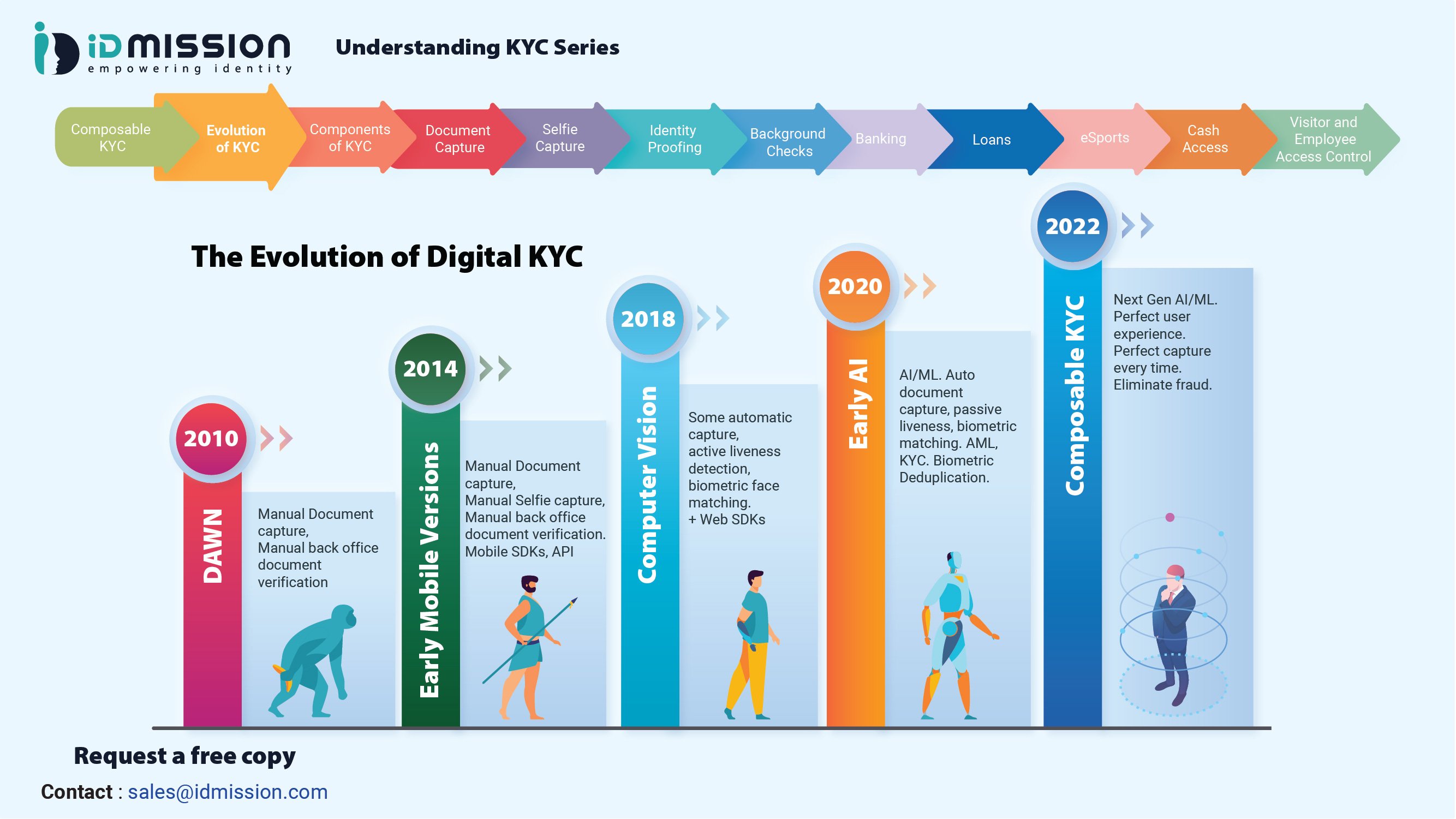 However, advances in Artificial Intelligence (AI) and biometrics technology present a way out of this dilemma. Identity proofing, which is one of the key pillars of KYC, has reached the next level where convenience and security are complementary. To understand how this is possible, we must first look at the three factors of authentication and the varying levels of security of each factor. When it comes to access control, the three authentication factors are:

Passive Liveness & Biometric Deduplication: How AI and Biometrics have made it possible for security and UX to be complementary in identity proofing

Technological developments in AI and biometrics have revolutionized the fight against fraud and identity theft. We explore this in two main scenarios that bad actors can perpetrate fraud.

One of the most common cases of identity theft occurs when a fraudster steals an ID document. Let us call this the scenario of a stolen wallet.

However, the fraudster’s attempts would be thwarted. The advances in AI and biometric technologies have taken the security of liveness detection to the next level. The software can automatically detect and reject presentation attacks including photos from phone or laptop screens, print-outs and photographs (color or black & white), masks, face busts, statues, and deep fakes.

​​Many vendors claim to have passive liveness, yet the end user still has to zoom the phone in and out to prove liveness. IDmission’s passive liveness detection is totally frictionless with a snap-and-go technology. Unlike other vendors, we do not have to send the image up to a server to determine liveness. We do it in a split second right from the user’s phone.

In scenario 2, our fraudster has stolen multiple ID documents or otherwise gets access to photos of multiple people’s IDs. The fraudster puts these photos into Photoshop one by one and edits their own selfie onto the ID photos. Then, they print out the edited document images, and proceed to open fake accounts or access the owners’ accounts with the tampered IDs. However, the fraudster would run into two key obstacles.

Firstly, AI-powered technological advancements have enhanced the security of document capture capabilities. The best-in-class identity proofing software does not allow capture of ID images from screens and printouts (in color or black & white).

Secondly, biometric deduplication prevents the fraudster from opening more than one account with their biometrics. Biometric deduplication is the procedure used to create and manage a unique set of biometrics of a person within a system. Biometric deduplication plays a vital security role in the enrollment process by comparing the biometric information of the enrolling individual against the biometric data of all previously enrolled individuals. This prevents identity duplication, which – in more benign cases – could be an unintentional mistake where a person’s data was entered multiple times within the system. In more malign cases, the technology quickly catches a fraudster who is using the same face multiple times to create or access different accounts.

In Gartner’s Market Guide for Identity Proofing and Affirmation (2022), analyst Akif Khan stresses the importance of balancing “the often competing demands of trust, compliance and UX” which often requires “a layered approach of multiple capabilities”. IDmission has been included in Gartner’s list of representative vendors for the fifth year in a row, as an identity proofing solution provider that manages risk across the user journey while optimizing UX.

Over the upcoming weeks, as part of our Understanding KYC Series, we will be taking a closer look at each of the key technology components that make up a best-in-class identity proofing solution that strikes a balance between security, compliance, and user experience.

IDmission, a global leader in biometric and AI technology, reduces risk associated with false identities. We are the sole provider of a proprietary, end-to-end biometric solution for identity theft, through a comprehensive KYC platform and automatic ID document analysis across 200 countries and four categories of biometrics: face, fingerprint, iris, and voice. For more information, contact sales@idmission.com.

Everything You Need to Know About Identity Deduplication

Biometrics offer a cutting-edge method of human identification, and instead of using tokens or...

How Machine Learning and Biometric Technology Work Together

We’ve entered an era of big data and artificial intelligence, with systems becoming even more...

Why Your Biometric ID Verification Software Should Be ISO Compliant

You likely don’t admire hackers, fraudsters, and cybercriminals a great deal, but you have to...